For close to 14 years [1998-2012] People was a wildly popular, fun and often outrageous column published every week in the now defunct Montreal Mirror. Over the course of its run People was dedicated to profiling Montrealers from all walks of life, from politicians and prostitutes to plastic surgeons, Satanists, priests, and dog catchers. Always as informative as it was humorous, People is proof positive that everybody, no matter how dull or pedestrian they and/or their occupations may appear on the surface, has a good story to tell if you’re prepared to dig deep enough to find it. Fortunately, while the Montreal Mirror website [along with its 30-plus years of archives] was taken down when the newspaper folded in 2012, I arranged to hang on to several years worth of People columns, many of which that will be re-published here on a weekly basis.

Name: George Iny Age: 45 Occupation: Consumer/public interest advocate Bio: This righteous go-getter of a Westmount stud and McGill law school graduate began his career as a consumer advocate by working as an intern in the mail room of the Automobile Protection Association back in ’82. El Presidente of said organization since 1987, George grew […] 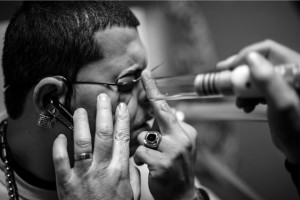 A recent interview I did with Fresh Start’s founder Dr. David Ores for Zwivel, an online platform that connects plastic surgeons and patients. New York’s Dr. David Ores is determined to remove the ink that keeps returning people to jail. Read more on Zwivel’s blog here.